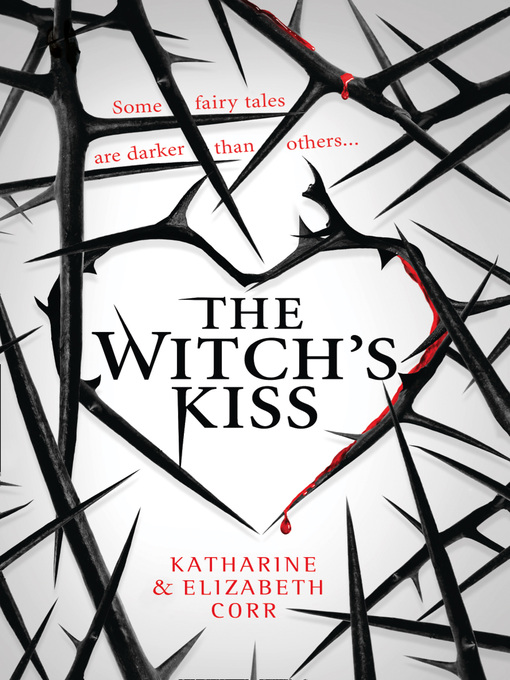 Sixteeen-year-old Meredith is fed-up with her feuding family and feeling invisible at school – not to mention the witch magic that shoots out of her fingernails when she’s stressed. Then sweet, sensitive Jack comes into her life and she falls for him hard. The only problem is that he is periodically possessed by a destructive centuries-old curse. Meredith has lost her heart, but will she also lose her life? Or in true fairytale tradition, can true love’s kiss save the day?

I’m not going to lie to you, I enjoyed reading this. It certainly made the bus ride to work somewhat less monotonous and I was interested in how everything panned out in the end. But, as the back cover blurb (above) shows, the premise is so ludicrous that it’s hard to take any of the characters’ plights seriously.

I don’t mind that magic ‘shoots out of her fingernails’ I mean it’s how you imagine magic working when you’re younger and you don’t appreciate all the cool ways magic could work other than that. But as for how you get the magic to do that I think it’s…sort of cheating to say ‘normally magic would work in this way and that’s how it works for all other witches, but you’re the protagonist so for reasons we won’t really explain (at least not in this title) your magic can work differently and it doesn’t really matter, also here is a magical book that is also never explained but will definitely give you some of the information you need whenever it suits the plot.’ You know? It doesn’t really matter and there are more important things in the book but half the battle in fantasy, whether low or high, is understanding the metaphysic and if things break those rules you have to clearly understand why that is allowed to happen in this instance.

That all being said, I really enjoyed the relationship between Merry and Leo. It was a sibling relationship that didn’t feel forced or false which is refreshing. It was also nice to read an older brother who wasn’t a recluse until the very end of the book where he strides in to save the day. In fact Leo is the main reason I’m considering reading the sequel when it emerges, he has the most complexity of any of the characters and I’d be interested to see where he goes and what he does.

The protagonist  Merry (she of the magical fingernails) is for the most part a fun character. She’s accepting of her fate without being too worthy about it and she recognises when she needs help and when she needs to step up and do things by herself. The romance she has is…acceptable for a young young adult novel. It’s by no means amazing, inspiring or…realistic and a large proportion of it takes shape during dreams which is definitely relatable (not), but were I twelve or thirteen I would probably sigh longingly for such a whirlwind.

I think this is a decent young adult book, what it really lacks is anything groundbreaking, there are so many books out there and so many of them have witches, curses and romances. I think if they want to make this series continue the authors need to look to their talents at character building to shore up the bits of the metaphysic that have been – shall we say – skipped over?

Do I try and get ahold of the sequel? I’m not sure yet. Have you read any of the books in this series? Were you equally ‘meh’ or did they change your life?

2 thoughts on “Review – The Witch’s Kiss,Katharine and Elizabeth Corr”