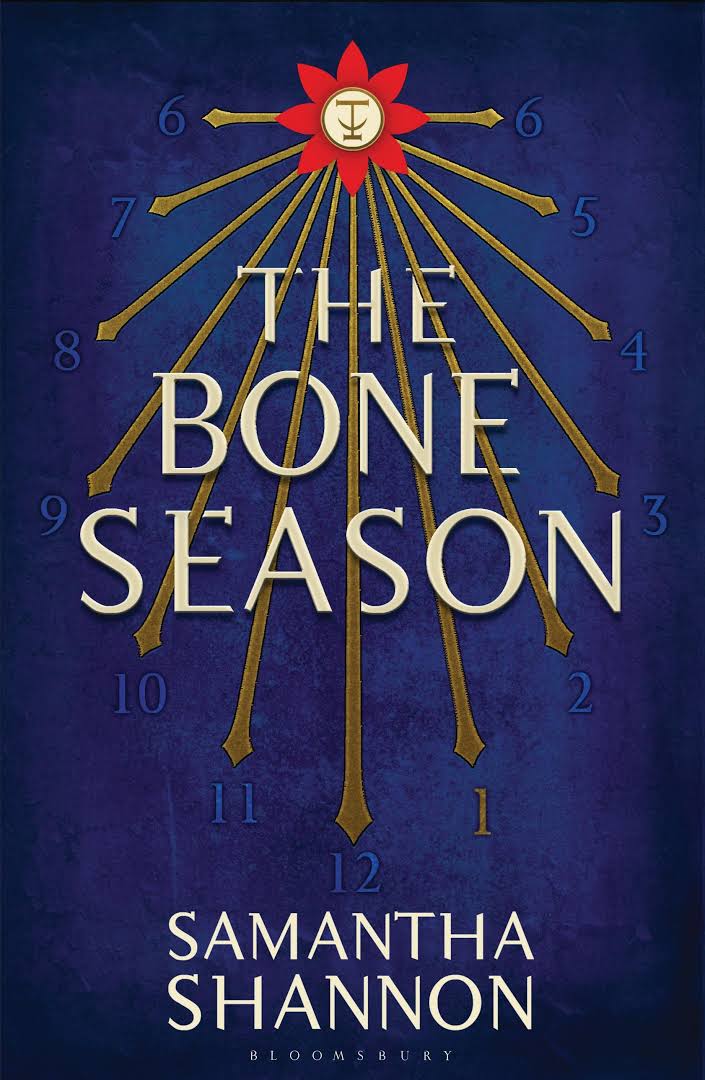 Good morning mortals and welcome to a review of a book that I probably should have read a long time ago as I am pitifully late to this particular party. But when one is on a book buying ban, one of the benefits of which is discovering the host of backlist books you haven’t managed to read because you’ve been too darned busy discovering brand new reads! I tell you, this bookblogger lark is harder than I imagined!

The year is 2059. Nineteen-year-old Paige Mahoney is working in the criminal underworld of Scion London, based at Seven Dials, employed by a man named Jaxon Hall. Her job: to scout for information by breaking into people’s minds. For Paige is a dreamwalker, a clairvoyant and, in the world of Scion, she commits treason simply by breathing.

It is raining the day her life changes for ever. Attacked, drugged and kidnapped, Paige is transported to Oxford – a city kept secret for two hundred years, controlled by a powerful, otherworldly race. Paige is assigned to Warden, a Rephaite with mysterious motives. He is her master. Her trainer. Her natural enemy. But if Paige wants to regain her freedom she must allow herself to be nurtured in this prison where she is meant to die.

So, this was my ‘read in the middle of the night when insomnia kicks in’ book for the last few weeks so reading it was a bit more piecemeal than I like my reading to be. Nevertheless, the worldbuilding and the storytelling in this book is so strong that I could pick up just a few chapters a night and still follow along pretty well.

The storytelling is perhaps my favourite aspect of this book. Throughout the entire story I couldn’t tell what was going to happen next or how it was going to end which remains a very refreshing element in any book at the moment!

I thought that the ‘voyant’ (basically the magic) element of this world was also fascinating. I love books that explore that sense of ‘self’ and the whole concept of ‘we’re only using a small percentage of our minds imagine if we could do more’ thing which may not have been exactly what was happening here but that’s sort of how it felt to me. I certainly don’t think I’ve ever read anything that had a similar premise to this novel (that’s not to say one doesn’t exist but this did feel really fresh and new to me).

The ‘romance’ plot was the only slightly predictable element, but this is the first novel in a series so there’s a way to go yet. What it certainly didn’t feel like was ‘instalove’ which was hugely appreciated. This was a log enough book that the tension could build as needed.

There are also a number of great villains in this book. In fact I don’t think anyone is a truly perfect person in The Bone Season which suits me to a tee. I much prefer a slightly gritty rough around the edges heroine to a Mary Sue. Paige definitely falls into the former category.

Top it all off with the fact that a good portion of this is set in my home city of Oxford and you have a recipe for success! In fact Paige resides in Magdalen college which is actually where my Fiancé went and where he proposed so it has a special place in my heart!

I have no idea how or when I’m going to find the time to devour the rest of the book in this series but I am determined to find out what happened next because this was great!

Have you read The Bone Season? Think you might? Let me know in the comments below and, as ever, hit that follow button if you don’t want to miss a post!