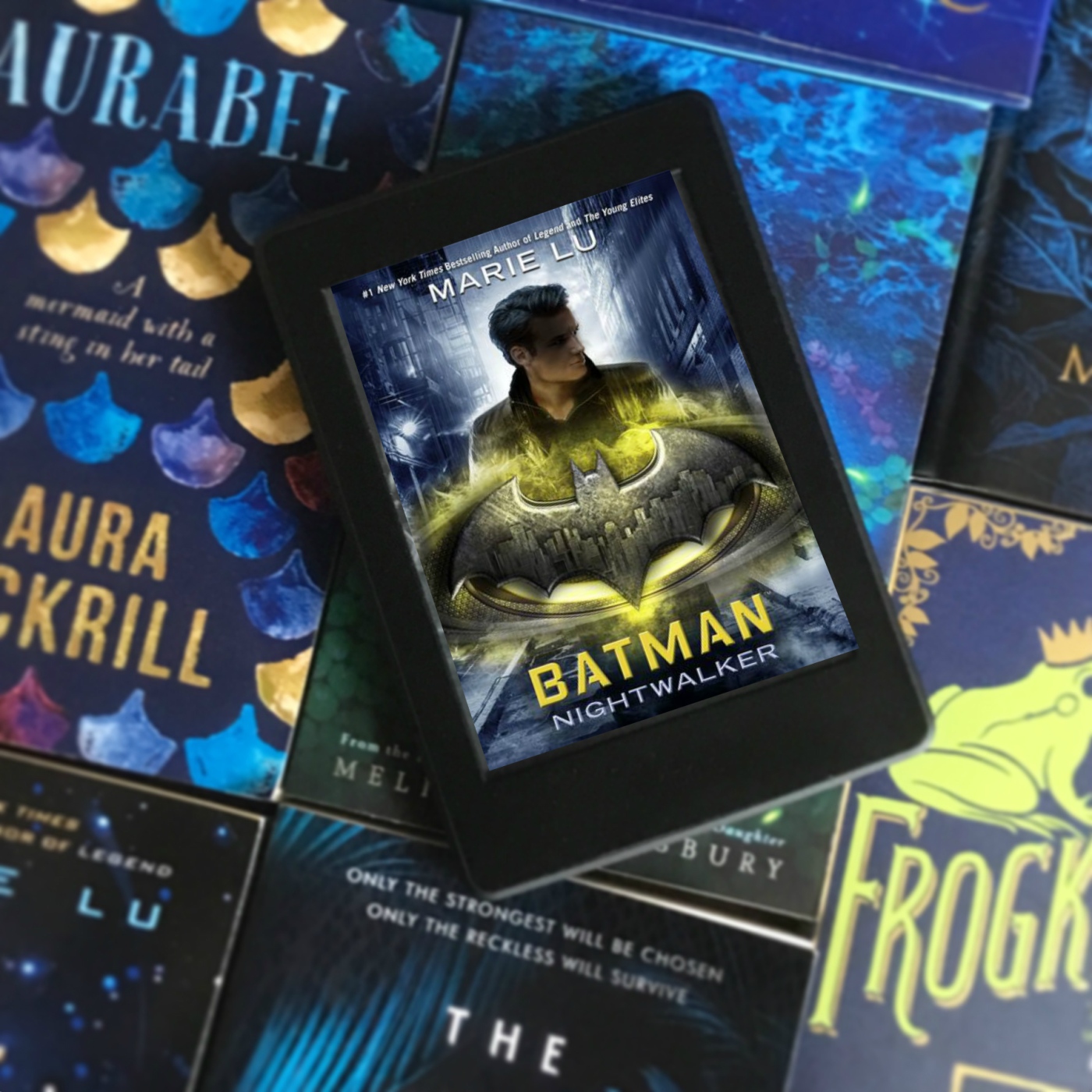 Hello humans! Waaaaaay back when I reviewed the first release in the DC Icons Series Wonder Woman: Warbringer written by (one of my all-time favourite authors) Leigh Bardugo. I ended up really enjoying the story and the writing so it was on my mind that I ought to read the later books in this series. I managed to get a copy of Batman: Nightwalker from the library ebook service. Did it stand up to the standards set by Wonder Woman? 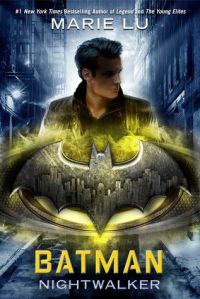 Before he was Batman, he was Bruce Wayne. A reckless boy willing to break the rules for a girl who may be his worst enemy.

The Nightwalkers are terrorizing Gotham City, and Bruce Wayne is next on their list.

One by one, the city’s elites are being executed as their mansions’ security systems turn against them, trapping them like prey. Meanwhile, Bruce is turning eighteen and about to inherit his family’s fortune, not to mention the keys to Wayne Enterprises and all the tech gadgetry his heart could ever desire. But after a run-in with the police, he’s forced to do community service at Arkham Asylum, the infamous prison that holds the city’s most brutal criminals.

Madeleine Wallace is a brilliant killer . . . and Bruce’s only hope.

In Arkham, Bruce meets Madeleine, a brilliant girl with ties to the Nightwalkers. What is she hiding? And why will she speak only to Bruce? Madeleine is the mystery Bruce must unravel. But is he getting her to divulge her secrets, or is he feeding her the information she needs to bring Gotham City to its knees? Bruce will walk the dark line between trust and betrayal as the Nightwalkers circle closer.

This is my first time reading a book by Marie Lu, so I wasn’t entering with any kind of preconceptions about her writing. I’m actually planning on reading all of The Young Elites and the Legend series this year so by the end of 2018 I should be a Marie Lu fanatic. That being said, this wasn’t the best book I’ve read…by a long shot.

My problems are largely centred on the lack of plot. I do think it’s a difficult task to write a new early Batman story since the franchise as a whole has so much baggage and so many stories about it, it must be hard to write something new. However, this reads far more like a strange romance novel than a superhero novel. I don’t actually mind romance as a genre, though I don’t read it particularly often, I do tend to question the choices characters make such as…I don’t know…falling in love with someone you know is either a murderer or connected to murderers with whom you have never spoken except through a prison door? Yeah…

Equally, I felt that young Bruce wasn’t given enough characterisation for me to understand (and in some cases excuse) his actions. We are told he has a hunger for justice but beyond a few actions this isn’t really lived out? The lack of characterisation beyond ‘slightly angsty billionaire’ makes him incredibly difficult to relate to. Not that I was expecting to relate to Batman, but in that case, give me a secondary character with whom I can relate.

In fact, the secondary characters in this book seemed more like dusty hazes in the background characters. The focus is most certainly on Bruce, leaving you with quite a short, narrow focused story with little depth to it. This felt like a prequel novella as opposed to a fully conceived story.

I did like some parts of this story, the descriptions of various gadgets were well-done (if only they had been used more) and as I say it is at least fast-paced.

Overall I was somewhat disappointed in this story. It could be in part because I’m not as much of a fan of Batman as I am of Wonder Woman, but I think it was more that this felt lacking and a little bit ‘meh’.

Should you read this? If you can get it from your library and you have a gap in your reading schedule I think it could be worth your while. I will still be looking to read the rest of the DC icons series just to see where they go, but I won’t be re-reading this anytime soon!

What say you? What superhero novels do you enjoy? Let me know in the comments below!