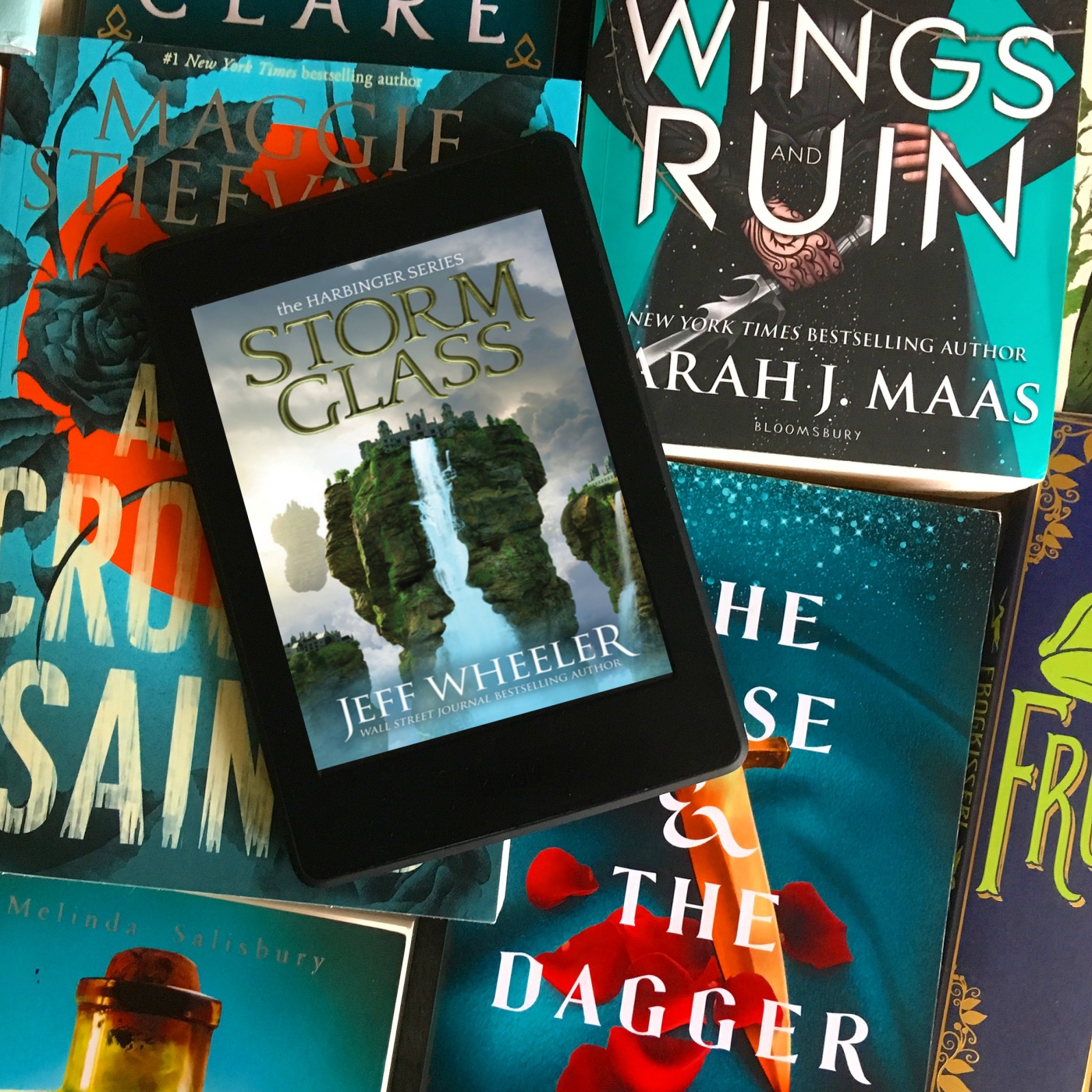 Hello humans! Remember back when I was on honeymoon and I binge read the entire Kingfountain series in three days? Well, I wish I could binge read Jeff Wheeler’s latest series but unfortunately, only one book has been written so far! I was lucky enough to get to read Storm Glass a little ahead of the publication date (3rd July) and so I can share my thoughts with you! 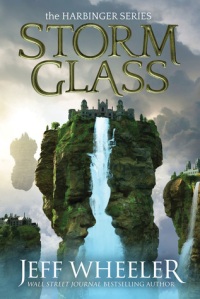 Theirs is a world of opposites. The privileged live in sky manors held aloft by a secretive magic known only as the Mysteries. Below, the earthbound poor are forced into factory work to maintain the engine of commerce. Only the wealthy can afford to learn the Mysteries, and they use their knowledge to further lock their hold on society.

Cettie Pratt is a waif doomed to the world below, until an admiral attempts to adopt her. But in her new home in the clouds, not everyone treats her as one of the family.

Sera Fitzempress is a princess born into power. She yearns to meet the orphan girl she has heard so much about, but her father deems the girl unworthy of his daughter’s curiosity.

Neither girl feels that she belongs. Each seeks to break free of imposed rules. Now, as Cettie dreams of living above and as Sera is drawn to the world below, they will follow the paths of their own choosing.

But both girls will be needed for the coming storm that threatens to overturn both their worlds.

Where Kingfountain is set in quite a ‘classic’ fantasy setting (at times it feels very Arthurian), Storm Glass is in a fantasy regency setting which ticks all the boxes in my book. This was one of the best choices this book made as it allows you to play with some of the societal rules that governed that era, as well as the ever-important class divide.

I also think the characters were interesting. Cettie, one of the protagonists is a kind of rags to riches character when she is rescued by the dashing (at least he is very dashing in my mind) Lord Fitzroy who takes her in. She has to deal with a world she’s never known, fitting in with newfound siblings and struggling with the idea that she can now pursue her passions. Cettie was a great character, I loved her inquisitive mind and I also loved that she never quite forgot where she came from. I hope that isn’t something that is lost in later books.

Our other protagonist Sera is Cettie’s privileged counterpart. Though the two characters never meet you can see that Wheeler is setting them up to be friends despite their differences. The princess and the ‘pauper’ is a tried and tested dynamic after all. I thought that Sera was also written well, she’s likeable and relatable enough that you care about what happens to her, but her privilege is also brought out on many occasions. She doesn’t feel too much like a ‘saviour of the poor’, she feels like a real person who has had a very sheltered upbringing.

Where Kingfountain chose to explain away anything that wasn’t quite explainable with ‘the fountain’, Storm Glass instead uses ‘the Mysteries’ which essentially form the magic system of this world. There isn’t really the space in the plot to properly explain this which is why it feels a little bit nebulous, however, I do believe these will be explained and developed in later books (please?).

There are a lot of ideas in this book that I wasn’t sure would work together, rags to riches, floating villas, conscience vs economy, ghosts, magic, and science. However, I think the concept and the way this plot is put together is so strong that these disparate elements somehow come together to form an extremely entertaining storyline. Maybe that’s a mystery in itself.

Much like Kingfountain this is another very enjoyable book, I wouldn’t say it’s pushing boundaries, or that it’s particularly diverse, however, it is a fun quick read and I would certainly recommend it to both those who have read Jeff Wheeler’s work in the past or those who have never tried but don’t know where to start. If you want to follow a story from the beginning, now is the time.

What say you? Are you tempted by the floating villas? Let me know in the comments below!