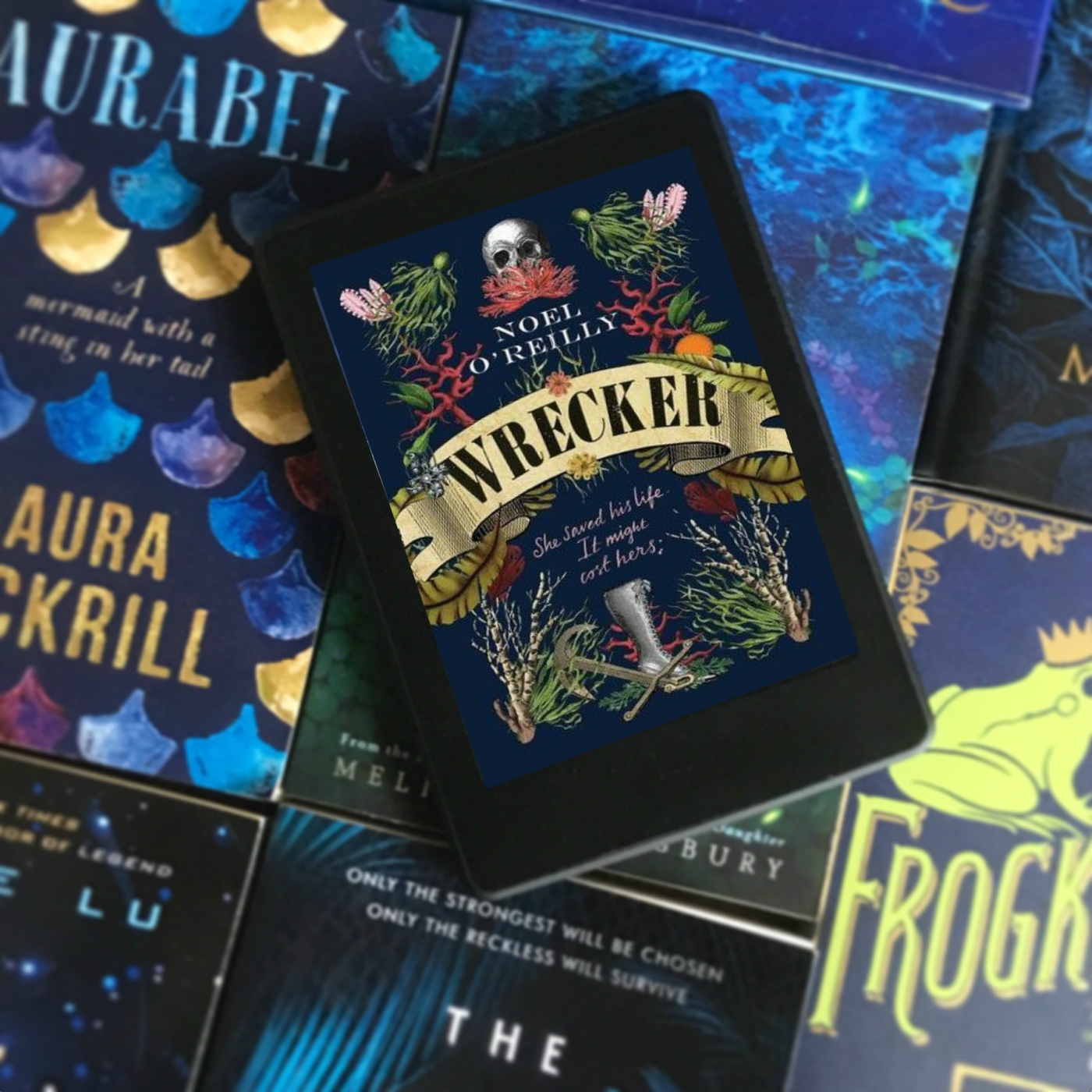 Hello humans! Today’s review is another example of my recent move to step outside of my reading comfort zone on occasion. On this occasion, I stepped into the world of Historical Fiction. I’ve done this in the past with books like Lady Mary and you all know my obsession with alternative historical fiction series And I Darken. My desire to read today’s book Wrecker came from my fascination with wrecking, the practice of removing goods from wrecked ships, particularly prevalent in Cornwall and Devon. There are some great folk songs around this topic and I was interested to read a book that ran with that theme.

Mary Blight, stuck in a remote Cornish fishing village where ships are often wrecked on the rugged coast, longs for a life beyond Porthmorvoren. Picking among the corpses of the most recent washed-up dead, she spots a fine pair of leather boots on a dead noblewoman and unlaces them for herself. Only once she has removed the boots does she notice the woman’s earlobes are missing too. And by then it is too late. Village scold Aunt Madgie has seen her, bending over the corpse, blood on her lips.

The horror of the bitten noblewoman makes the national press. That the villagers are such savages to bite jewellery off a corpse their hands too cold to unfasten it causes a national outcry. The Porthmorvoren Cannibal is the stuff of nightmares. And still Aunt Madgie watches Mary, knowingly, waiting for her moment.

When Mary rescues a man who is washed ashore, lashed to a barrel, she cares for him in her cottage, despite her neighbours’ disapproval. Mary already has a bad name among those in the village, a situation not helped by her recent dalliance with the betrothed of her rival, Loveday Skewes.

The rescued man is Gideon Stone, a Methodist minister. He decides to build a chapel in the village over the months to come, and appoints Mary as Sunday school teacher. Her enemies are outraged, having assumed Loveday Swewes would be given this position. Meanwhile, Mary sees a notice announcing that the bereaved sugar baron is offering a substantial reward for information leading to the arrest of the person who stole his wife’s earrings. And soon, her enemies in the village are plotting against her and Mary must gamble everything.

I will start by saying that there isn’t actually much wrecking in this book. It happens at the start and from there on out it doesn’t happen again. So, for those looking for an exploration of wrecking should probably look elsewhere. While this was slightly disappointing I persevered regardless because it was probably my fault for not reading the blurb properly. I wanted to give this book a fair chance and to see what it was about – if not wrecking.

What it is about is a woman called Mary Blight, who gets caught up in the many changes in her small Cornish town when a Methodist minister Gideon Stone decides to rebuild the church and to start converting the ‘backwards’ people to the way of the lord. Yes, it’s all about religion. I would definitely say that the author did his biblical research, there’s scripture laced throughout and you get the sense of the religious leanings from the time. I can’t say whether this is a good description of Methodist faith at the time, but what I do know of that denomination seemed to be represented. I liked the way this book pushed at the was Christianity conflicted with local tradition, there are a lot of what might be called pagan rituals and superstitions in Mary’s town that don’t quite agree with the new minister’s teachings. Obviously, this process of ‘civilising’ was so much worse outside of Britain, but it is interesting to view it through the lens of this small town.

What I did not enjoy was the way that Mary was written. A lot of her character could have been exactly what I enjoy. She had a lot of bite to her, she wasn’t willing to take nonsense from people, she did what she wanted and then dealt with the consequences as they came. But Mary’s only motivation seemed to be to find a wealthy man. That was pretty much it. You could argue that is more to do with the idea of bettering herself, of finding an easier life, of learning and changing and all those slightly better things. But it just reads as ‘everything I do will be in aid of getting a man and nothing else is really significant.’ Obviously, that could just be my reading of it, but I have come to expect a lot from female characters and Mary wasn’t quite enough for me. Since the book is totally focussed on Mary this made the entire thing fall a little flat for me.

The other problem I had with this book is that not very much happens. I’m not expecting this to be full of action sequences and explosions or anything, but for the number of significant moments in the story, this book is quite long. I felt like that offset the pacing somewhat and made reading it quite slow. Again, that’s a matter of personal preference and if you prefer a slower burn then this may be the book for you.

I can see a lot of people very much enjoying this story, however, I found it a little too slow and a little too religiously heavy for my liking. I would have also liked a little more character development for Mary.

I received a digital advanced reader copy of this book from the publisher via NetGalley in exchange for an honest review. All opinions are my own.

What say you? Which historical fiction books are your favourites? Let me know in the comments below!