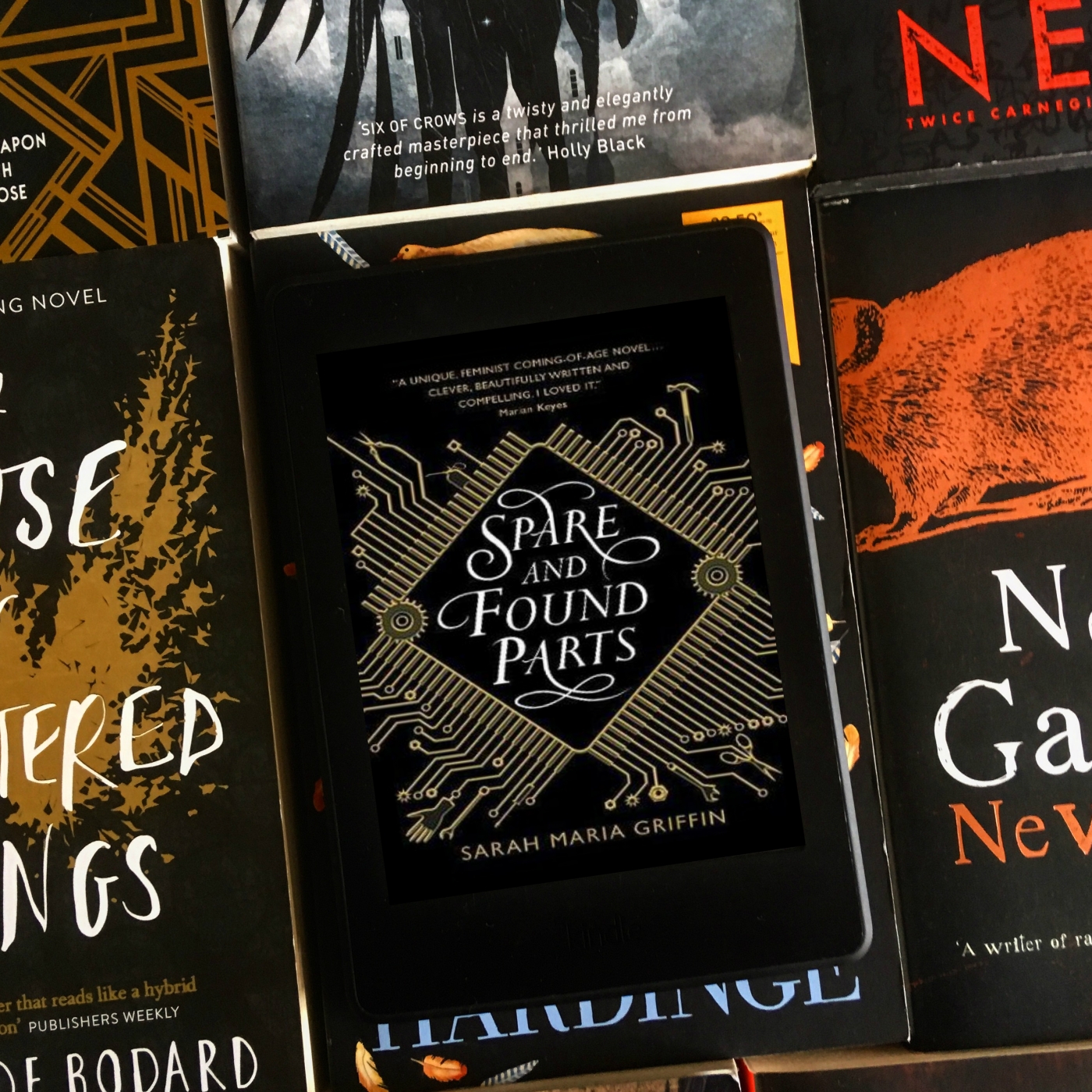 Hello humans! Today’s review is another example of why I shouldn’t be allowed to shop the Kindle sale, I have no self-control and I just can’t resist shiny new books, whatever format they come in. I picked up a copy of Spare and Found Parts after a long while humming and ha-ing over whether to buy a physical copy. In the end, I’m quite glad I went for the Kindle version for reasons I’ll get into below. 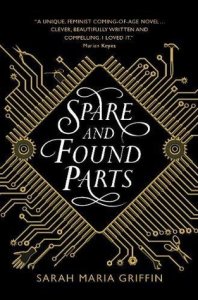 Nell Crane has always been an outsider. In a city devastated by an epidemic, where survivors are all missing parts—an arm, a leg, an eye—her father is the famed scientist who created the biomechanical limbs everyone now uses. But Nell is the only one whose mechanical piece is on the inside: her heart. Since the childhood operation, she has ticked. Like a clock, like a bomb. As her community rebuilds, everyone is expected to contribute to the society’s good . . . but how can Nell live up to her father’s revolutionary idea when she has none of her own?

Then she finds a mannequin hand while salvaging on the beach—the first boy’s hand she’s ever held—and inspiration strikes. Can Nell build her own companion in a world that fears advanced technology? The deeper she sinks into this plan, the more she learns about her city—and her father, who is hiding secret experiments of his own.

For a moment I thought this might be something of a Frankenstein retelling and, while I don’t think that’s 100% the case, I do see some inspiration there, the exploration of what it is to create life, and the idea of innovation when society isn’t perhaps ready for it. So, it doesn’t quite contribute to the year of ALL THE RETELLINGS, but it’s pretty darn close.

I love a tinkering/inventor female protagonist so in a lot of ways, this was right up my alley. As an aside, I often find that some of the best ‘female inventor’ characters can be found in Middle-Grade fiction, something which YA is often lacking, the trend seems to be more for physical strength or straight up scientific knowledge, we don’t often get the inventors. Anyway, I thought Nell’s character was interesting, in many ways she was kind of a trope of the genre, the lonely outsider who is just trying to find her place in the world, but I did warm to her as the story went on. It’s also awesome to have a bi protagonist, though – as Chiara on Goodreads points out – no one is talking about that for some reason?

Where this book let me down was in the worldbuilding. The book is set in an almost post-apocalyptic (post-epidemic?) world ravaged by a disease that, for reasons that aren’t explained fully, left people with missing pieces and a distrust of artificial intelligence of any kind. It’s a great concept, but there wasn’t enough worldbuilding in the story for me to really get a handle on what had caused these specific circumstances. There was also the idea that there was one place for the healthy and one place for the sick? I’m not sure that idea was made clear enough as I’m still not confident I understood it. In a lot of ways, this felt like a novel that was all concept and story without the foundations to support it. That may be a matter of preference, if you aren’t too bothered with worldbuilding you may enjoy this more than I did, or it might be that I skim read a page or two when I shouldn’t, to each their own.

The overwhelming impression I had after reading this book was not that I didn’t enjoy it, it was that I wanted a little bit more, more of the side characters that had made me interested and then were never really mentioned again, more of the difficulties or positives of living in a world that had denied itself access to the knowledge of computers. This is a good book but I wanted it to be great, I wanted it to be more than it was.

So yes, a great protagonist and some interesting ideas but overall I just wanted a smidgen more worldbuilding to get me to love this.

What say you? Did you love this book? Let me know in the comments below!