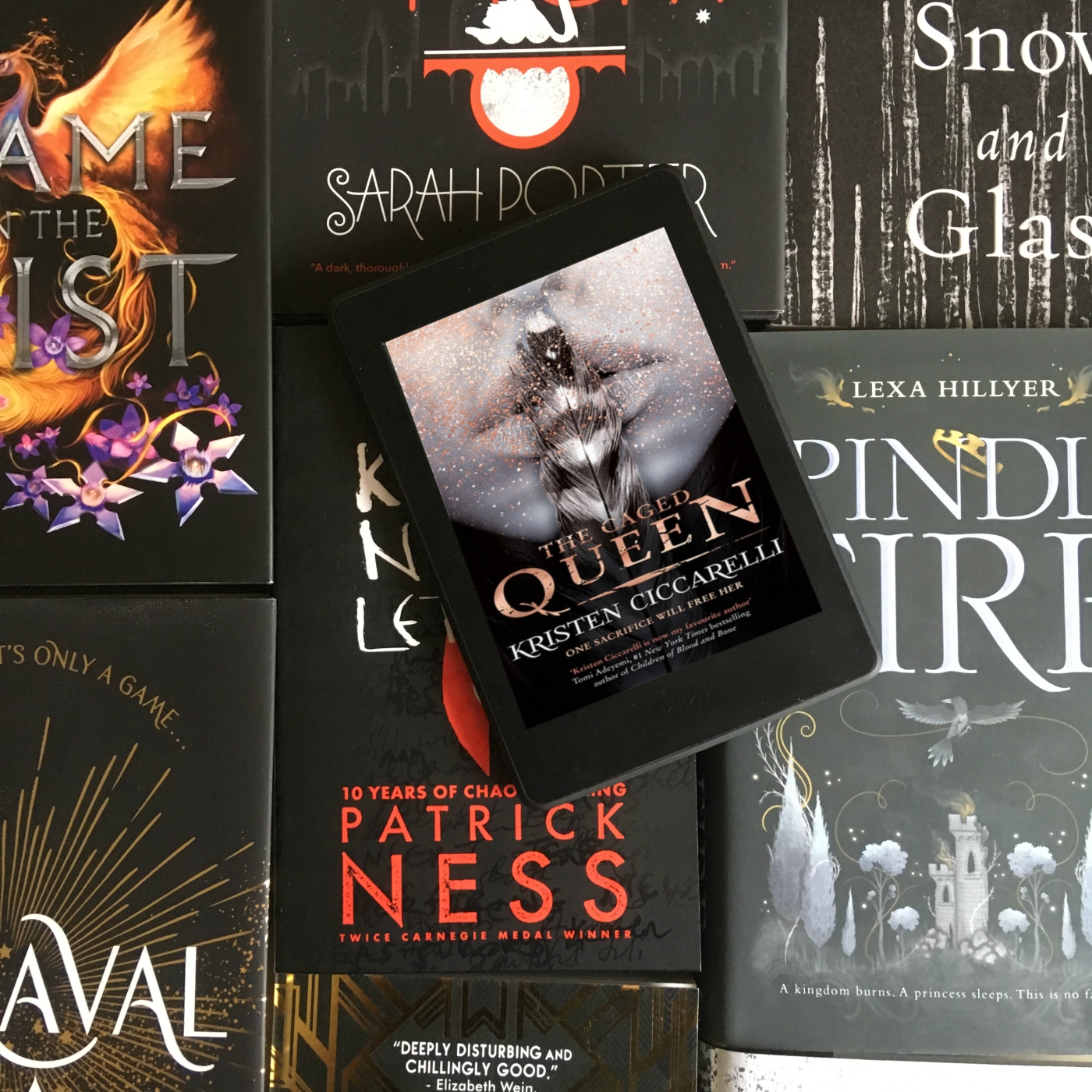 Hello humans! Yes, it is finally time to review one of my most anticipated reads for the latter half of 2018. Back on the fifteenth of September 2017 I reviewed Kristen Ciccarelli’s The Last Namsara and absolutely loved it. Now almost a year later I’m here to review the second book The Caged Queen. This book took me a little longer to get into than the first one but it was an interesting take on this setting. 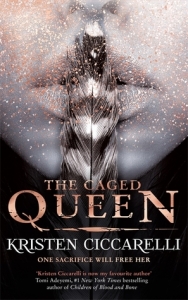 Once there were two sisters born with a bond so strong that it forged them together forever. When they were angry, mirrors shattered, and when they were happy, flowers bloomed. It was a magic they cherished—until the day a terrible accident took Essie’s life and trapped her soul in this world.

Dax—the heir to Firgaard’s throne—was responsible for the accident. Roa swore to hate him forever. But eight years later he returned, begging for her help. He was determined to dethrone his cruel father, under whose oppressive reign Roa’s people had suffered. Roa made him a deal: she’d give him the army he needed if he made her queen.

Together with Dax and his sister, Asha, Roa and her people waged war and deposed a tyrant. But now Asha is on the run, hiding from the price on her head. And Roa is an outlander queen, far from home and married to her enemy. Worst of all: Dax’s promises go unfulfilled. Roa’s people continue to suffer.

Then a chance to right every wrong arises—an opportunity for Roa to rid herself of this enemy king and rescue her beloved sister. During the Reliquishing, when the spirits of the dead are said to return, Roa can reclaim her sister for good.

All she has to do is kill the king

I’ll start by saying that I very much enjoyed reading this. I do appreciate it when authors of popular books don’t just write a straight sequel (which so often doesn’t work as first books aren’t always written to have sequels) but instead do something interesting, follow a different character or plotline. I’m seeing a lot more of it lately (along with the trend of Duologies over trilogies) and I must say I’m finding it quite refreshing. So, instead of following Asha we follow Roa, who married Asha’s brother Dax to help him to secure the throne. Asha gets mentioned every now and then but the story is fully Roa’s.

I don’t remember much of the romance in The Last Namsara if I’m honest but this book felt incredibly romance heavy. That’s neither a bad or good thing, it depends on your personal preference. For me, I thought it walked the line well of feeling very romantic without making you annoyed at the characters for ignoring the plot and/or doing things that put themselves in danger for the sake of ‘love’. If you loathe romance, especially the enemies to lovers kind, then this one won’t be for you, but if that’s something you enjoy then I think this would be a good choice.

A far more interesting relationship that this story explores is that of Roa and her sister Essie. Since it’s in the blurb I don’t think it’s a spoiler to say that Essie is actually dead, her soul trapped on this side of the veil (as it were). It may just have been me, but it took me a minute to grasp what this actually meant, I couldn’t work out which characters were alive and which were actually birds. In fairness to Ciccarelli, I was reading this while in the middle of performing a musical in Edinburgh so that could have just been my own exhausted mind!

There wasn’t quite the same shock factor as I remember there being in The Last Namsara, though the plot is still filled with twists, turns and betrayals (they were just easier to predict this time around). I was also disappointed (personal preference) by the lack of dragons – but there were some badass heroines and some exciting moments to make up for it.

Overall, I think The Last Namsara is the stronger story, but The Caged Queen was a really interesting way to develop the world and the characters and I definitely enjoyed reading it. I know there is one more book planned in this series which will hopefully draw together the threads of these two stories. My one request is that there be even more dragons, please.

I received a digital advanced review copy of this book for free from the publisher via NetGalley in exchange for an honest review. All opinions are my own.

The Caged Queen comes out on September 27th so there is still time to order your copy if you want a chance to read it!

What say you? Did you enjoy The Last Namsara? Let me know in the comments below.