Hello Humans! It’s another one of those ‘this review is posting in April, but I read this book in January’ kind of posts. I like writing these because, obviously, the book is fresh in my mind but at the same time it’s kind of scary. What will the world be like by the time you’re reading this? Will I, like the characters in this book, have succumbed to an evil force? Will I too witness crimes and not call any kind of authority figure? Time will tell. But without further ado, because time is rushing by, here is my review of Katie Lowe’s The Furies. 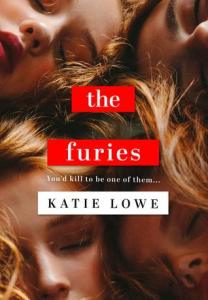 In 1998, a sixteen-year-old girl is found dead on school property, dressed in white and posed on a swing, with no known cause of death. The novel opens with this image, as related to us by the narrator, Violet, looking back on the night it happened from the present day, before returning to relate the series of events leading up to the girl’s murder.

After an accident involving her Dad and sister, Violet joins Elm Hollow Academy, a private girls school in a quiet coastal town, which has an unpleasant history as the site of famous 17th century witch trials. Violet quickly finds herself invited to become the fourth member of an advanced study group, alongside Robin, Grace, and Alex – led by their charismatic art teacher, Annabel.

While Annabel claims her classes aren’t related to ancient rites and rituals – warning the girls off the topic, describing it as little more than mythology – the girls start to believe that magic is real, and that they can harness it. But when the body of a former member of the society – Robin’s best friend, with whom Violet shares an uncanny resemblance – is found dead on campus nine months after she disappeared, Violet begins to wonder whether she can trust her friends, teachers, or even herself.

I ended up giving this book three stars because, while I think it will be good for some people, it wasn’t quite for me. I’ve been having a think about what it was that didn’t quite gel with me, because there was a lot about this book that I enjoyed, and it ended up boiling down to pretty much just personal preference, so take what I say with a pinch of salt (or whichever condiment you prefer).

Violet. I think I was too much of a goody-two-shoes to connect with Violet. I just couldn’t quite understand some of the choices she made? I appreciate that she is set up as something of a damaged character, and one that is obviously vulnerable and susceptible to the pressure of others, but it did feel like she slipped into a life of drug taking (and worse) very quickly? I’m not sure I got enough of her character before she attended Elm Hollow to really appreciate either how the girls changed her, or how she was already in a bad place. I did kind of start off on the wrong foot with this book because I couldn’t really relate to the protagonist. I also have a hard time believing that none of the girls, particularly Violet who was more of the outsider from the start, would even consider contacting the police. I feel a bit like I was missing something here, and again it might be a matter of personal preference (or me being a goody-two-shoes) but this bothered me throughout.

The writing. This was one of the things I really enjoyed. This is one of the best examples of the ‘thing happens on page one and the rest of the book is building up to/explaining it’ kind of fiction. I thought that this book balanced the dramatic irony well and that the narrator (Violet in the future) read well on the page. You get those little inklings of things to come and it certainly hooks you. I was intrigued enough to want to keep reading all the way through to the end, this is the kind of story where you just must know how it concludes.

The Furies. The girls themselves. I did think that Lowe managed to capture the charisma and the otherworldly popularity that some teenage girls manage to have. I found than Robin was incredibly well-written (to the point where it is a bit more understandable as to why Violet would befriend her). I wasn’t as convinced by the other two, but I can see how they were necessary for the plot. What I did appreciate is that, while the girls aren’t uncool, they are also kind of on the fringe of school life. This isn’t just a ‘mean girls but darker’ narrative, Violet doesn’t have to hang out with them to gain clout at the school, they are cool partly because they aren’t mainstream. That felt like something a little more different in this kind of narrative.

Reading this book was a good experience, and it is certainly something outside of my comfort zone. With that being said, I don’t think this is a book I would re-read, it’s quite uncomfortable at times and it’s not very hopeful – which is something I need in a book. As I say, a lot of the issues I had with the book were personal preference and if you know that those things don’t bother you then I think you might really enjoy this story.

I received a free digital advanced review copy of this book from the publisher via NetGalley, all opinions are my own.

The Furies is publishing on May 2nd so if this is your cup-of-tea then preorder your copy now!

What say you? What other books like this do you enjoy (or not enjoy for that matter)? Let me know in the comments below! 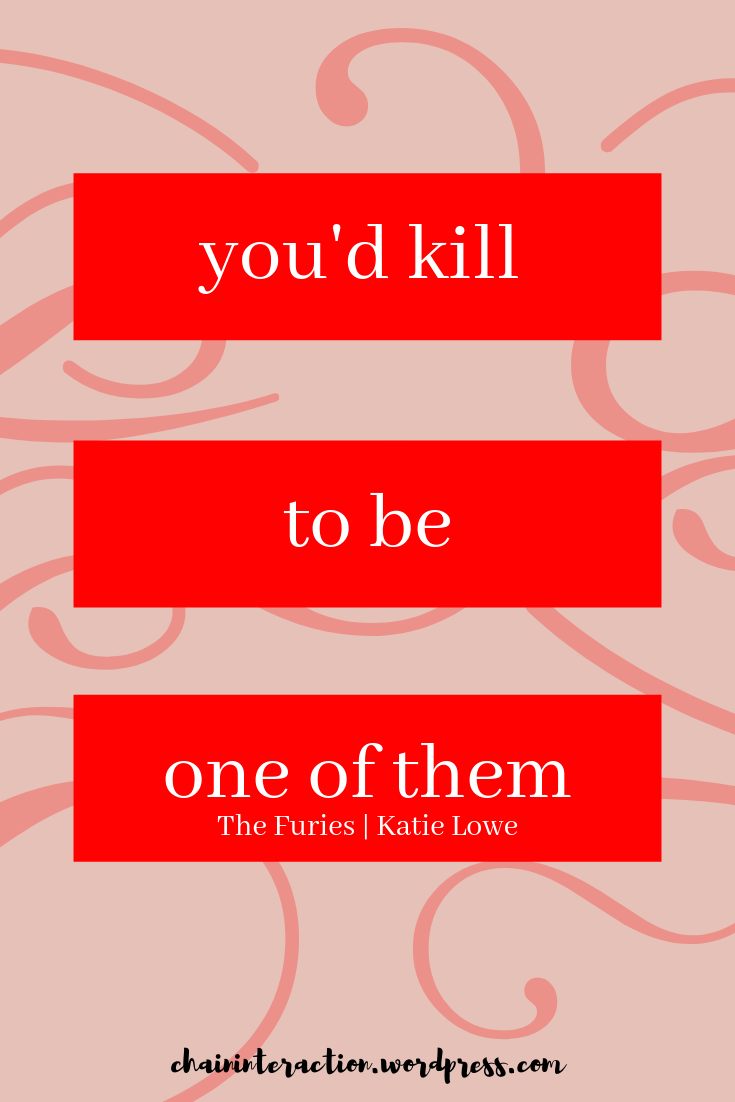