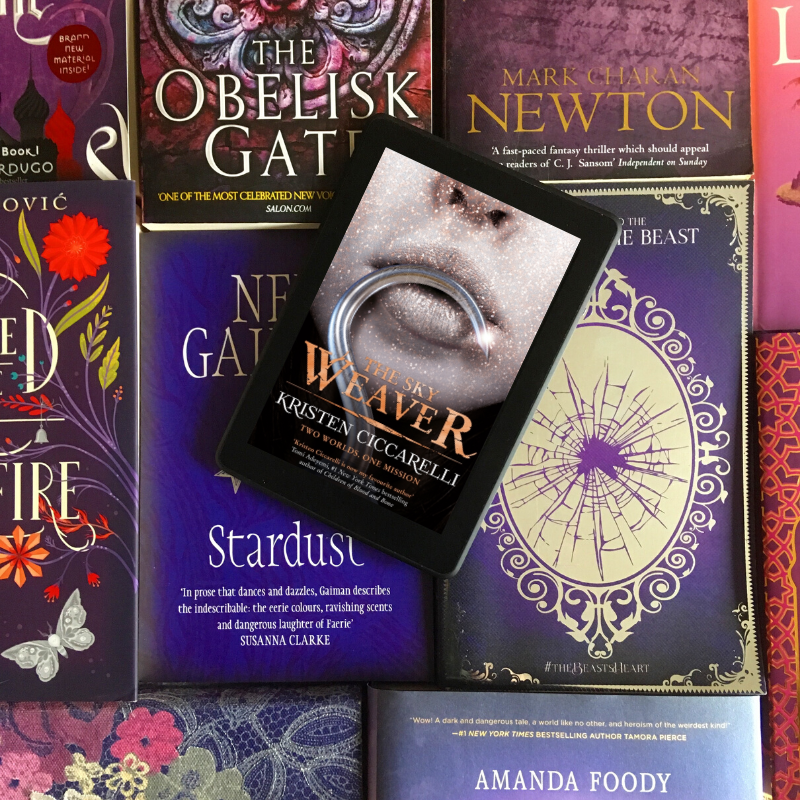 Hello Humans! Time to review book three in the Iksari series. To get you back up to speed – I absolutely adored book one (The Last Namsara) thought the second book was ok (The Caged Queen) and then left this book on my review copies TBR until literally the last possible moment – so you can see I wasn’t excited to see if this trilogy continued on it’s downward trajectory…

But with an open mind I set out to see if this book (the cover of which promised something piratical) could set things back on the right track.

At the end of one world, there always lies another.

Safire, a soldier, knows her role in this world is to serve the King of Firgaard-helping to maintain the peace in her oft-troubled nation.

Eris, a deadly pirate, has no such conviction. Known as The Death Dancer for her ability to evade even the most determined of pursuers, she possesses a superhuman ability to move between worlds.

When one can roam from dimension to dimension, can one ever be home? Can love and loyalty truly exist?

Then Safire and Eris-sworn enemies-find themselves on a common mission: to find Asha, the last Namsara.

From the port city of Darmoor to the fabled faraway Sky Isles, their search and their stories become threaded ever more tightly together as they discover the uncertain fate they’re hurtling towards may just be a shared one. In this world, and the next.

I won’t beat around the bush – I still think The Last Namsara is a great book and that every book in the series since has failed to live up to it. I’m not saying that they aren’t decent enough books, but when the first book was so strong it was disappointing to find these didn’t hit quite so hard. I fell in love with the magic of the first book, the idea of dragons who just wanted to be told stories, I fell in love with the main character Asha and her defiance of all that she had known to be true. I mean – it was great YA fantasy! And then the later books The Sky Weaver included, decided to ignore most of that and follow blander characters doing less interesting things.

I think it hit me harder with The Sky Weaver because I should have loved this book:

But somehow all those elements which ought to make a book five stars for me just…didn’t coalesce. There were some moments of the book that I enjoyed – the way that the beginning connects into a later part of the story for one, and the truly gruesome nature of one’s hands being gradually severed by corrosive manacles – there were ideas there! But something just didn’t quite click and I’ve been desperately trying to work out what it was.

I think it comes down to the plot, this series followed three different protagonists, none of them bad. But they were nonetheless three very different books, which meant that the end of a trilogy, which ought to be the moment where all the different elements come together to defeat the big bad…kind of fell flat because there wasn’t really a big bad. Or…there was but it wasn’t something that had been building for three books – each book felt like a new beginning and there was simultaneously too much to go into for a standalone book and too little to feel like something big enough to end a trilogy.

It’s exceedingly frustrating because I can see how in theory, writing a trilogy with a book from the perspective of three amazing women who have very different lives could be a great idea – but honestly, I would much rather have just read three books featuring Asha – and I don’t think I ever got over book one.

I wonder if this would be a different reading experience now, going back and re-reading all three? Well, The Caged Queen is on my TBR for April – so I suppose we’ll see.

I received a free digital review copy of this book from the publisher via NetGalley – all opinions are my own.

The Sky Weaver is available now!

What say you? Have you read these books? Leave your thoughts in the comments below!